Referring to the second point of Tridarma Perguruan Tinggi, the research, COP participants will observe, analyze, and make sense of the data regarding the condition and situation in COP location. Later on, they will try to recognize and solve the current local problems by considering several alternatives based on their study of the local surroundings and potential. Serving the community through COP, students can directly apply science technology and arts to give a real impact to the society. In the words, through COP, students help the community in solving and handling problems emerging.

The History of Community Outreach Program

In March 1978, as a member of Perguruan Tinggi Swasta (Private Higher Education), Region VII Kopertis, UK Petra held its first KKN in Sumberrejo, Wlingi Blitar. This was the first KKN held. A year later the students of nature lovers led by Ir. Yuda Endro Wicaksono (Vice Rector III), Drs. Lukas Musianto (Head of Institute of Research and Community Outreach) and dr. Loekman Ichsan (the physician in UK Petra) held another KKN in Ranupane village at the foot of Mount Semeru.

From 1980 until 1985, Kopertis Region VII held annual KKN, in which Drs. Lukas Musianto (LPM UK Petra) participated as a member of Panitia Lokal Pelayanan Masyarakat Kota, Industri dan Desa – PMKD (the Local Community Services Committee Town, and Village Industry), a branch of the central PMKD. At that time, KKN was conducted from August to October 1982. The participants were students from Faculty of Architecture in the District of Kemlangi, Gedeg, and Dawar Blandong, in Mojokerto. The theme of KKN was the garden yard (Taman Pekarangan). After not being conducted for four years, in 1989, KKN was organized in Mojokerto by Mr. Lukas Musianto, the Dean of the Faculty of Economics at that time, with the goal for Economic students until 1994.

In 2009, LPPM won a grant from United Board for Christian Higher Education in Asia (UBCHEA) to hold an International Service-Learning. The participants came from 7 countries and 5 other universities:

Other projects done by the students together with the society, are the physical project such as drafting/design, repair & construction of kindergartens, water tank, procurement of public toilets, neighbor watch, bridges, parks, monument, etc and non-physical project like, education, training, workshop/seminar, the teaching of English, computers, sports, martial arts, entrepreneurship, agriculture, foreign cuisine, etc. 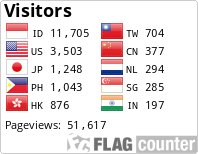